Woodstock, IL– The Woodstock Opera House is excited to announce two new shows on sale now. American Idol® Season 7 Winner, David Cook, will be taking the stage for a one-night-only concert on October 28 as well as musician and songwriter Jim Messina, of the duo Loggins and Messina, will make his debut on September 16.

Cook launched into stardom following his win on American Idol®, breaking several Billboard chart records with fourteen of his songs debuting on the Hot Digital Song Chart and eleven of his songs debuting on the Hot 100. He has since sold more than 2 million albums and collectively more than 5 million tracks worldwide.
Throughout the years Cook has toured throughout the world making a brief stop on Broadway in Kinky Boots, has helped raise over $1.5 million for brain cancer and brain tumor research through Race for Hope - DC and continued to create music. In April 2022, David released his latest single, "TABOS" (This'll All Be Over Soon). The single's release coincided with his return to the American Idol® stage to perform for their special 20th-anniversary reunion show.
Cook is well aware, and grateful, for the breaks American Idol® has brought his way, and for the opportunities he continues to have. "I love creative endeavors. I like starting with nothing and then finishing with something that didn't exist before. That's my favorite thing about creating new music. I love being able to put something artistic out in the world for people to enjoy."
Also taking the main stage on Friday, September 16 is music legend Jim Messina.  A previous band member of Buffalo Springfield, Poco and of course half of the famous duo Loggins and Messina, Messina brings his musical talents to the Opera House during his latest tour.
After a series of celebrated solo acoustic tours, Jim formed a band made of acclaimed musicians who have played with him at various points in his career.  His latest release, In the Groove, includes selected hits from all three of Jim’s previous bands, as well as several of his solo works.
Tickets for both shows are on sale now at www.woodstockoperahouse.com. 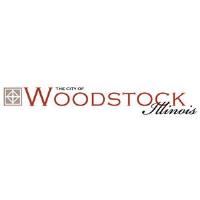