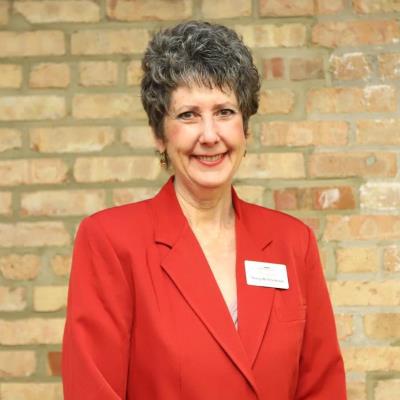 I am the Grants/Communications Manager for the City of Woodstock, and am in my 25th year of public service at Woodstock City Hall.  My current role during the past 5 years she has earned over $1.5 million in additional support to help create new cultural amenities and enhance budgets for traditional City services.  I grew up in nearby Belvidere, earned a BA in Sociology/Psychology from Southern Illinois University, and spent several years in marketing and sales support with CBS Records and Mercury Records in Chicago; in advertising with Bozell & Jacobs in Minneapolis; and, in arts administration with the City of Chicago Department of Cultural Affairs at the Chicago Cultural Center.  In addition to the Chamber Ambassador role,  I am a founding Board Director with FOTOC; served as Project Manager for the Woodstock On Film and On The Stage Mural Project; and, was a parent volunteer for District 200’s Strategic Planning Committee.